Cecelia Rother Goodrich, my great-grandmother, was born in 1896 to German immigrants.  She performed as a concert zither player until she immigrated to the United States at age 18, where she continued her musical career.  Cecelia’s love for travel was passed down to my grandmother, my mother and aunts, and now to me.  Cecelia combines transposed recordings made by my aunt from 1971 of her playing the zither, with Super 8 film footage from 1979 of my grandmother and aunts exploring Germany, with iPhone footage from 2022 of my mother and I taking a similar journey through Germany.  The film footage becomes a translucent dreamlike layer of color that accentuates the modern-day video captured of idyllic scenery passing by.  Snippets of the film footage flash, like a fleeting memory.  The panning imagery is spread across three conjoined screens, encompassing the viewer in the work.  In the center, a sculptural form juts from the floor, adorned with the iconic Cologne Cathedral, captured by two generations, a symbol of strength, power, and unity.  The zither, an incredibly complex instrument, has moments of clarity, and then slips in and out of distortion, much like the familial memories of those we loved. This work combines four generations of creative expression through visuals and sound, all captured at the origin of my maternal sides’ Germanic heritage. 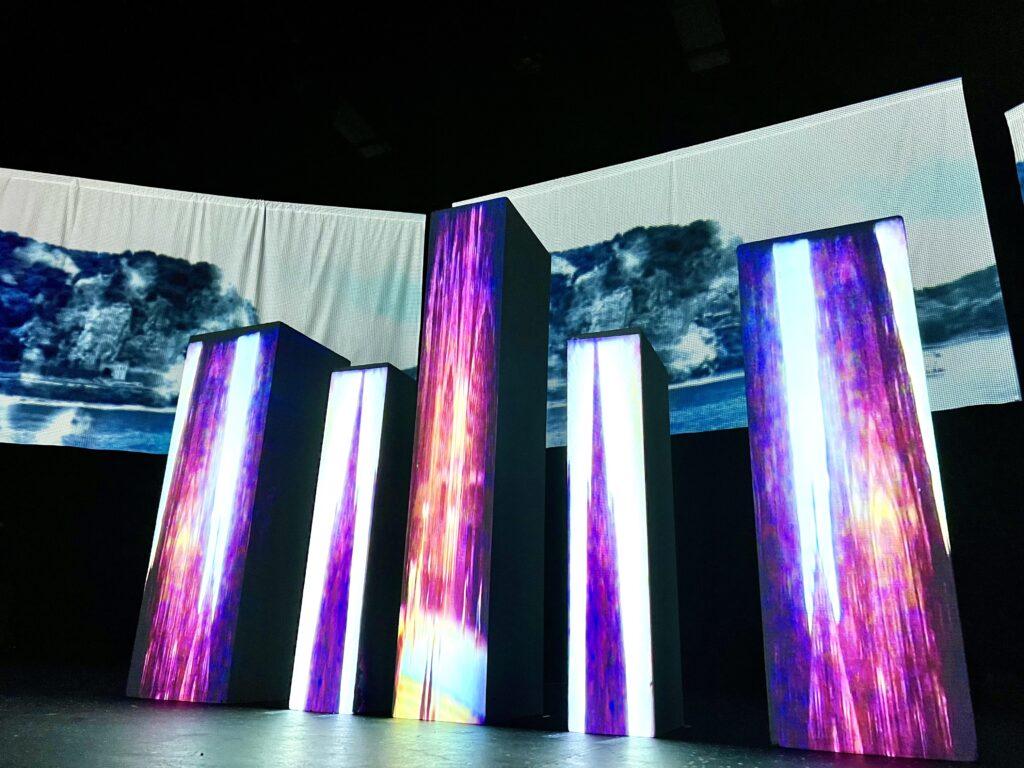 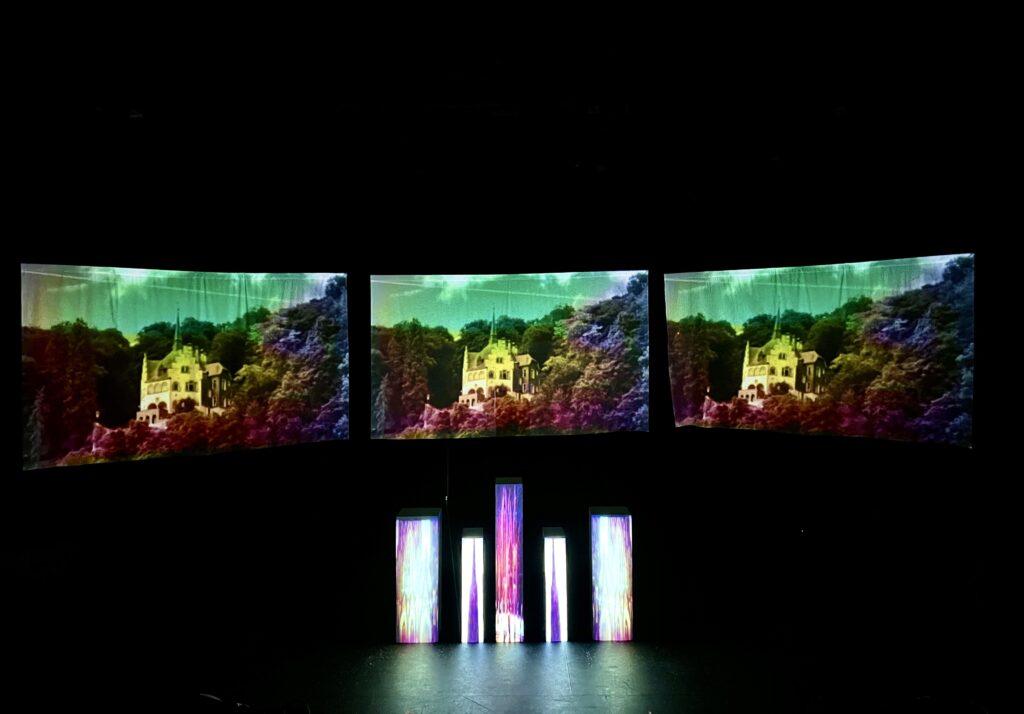 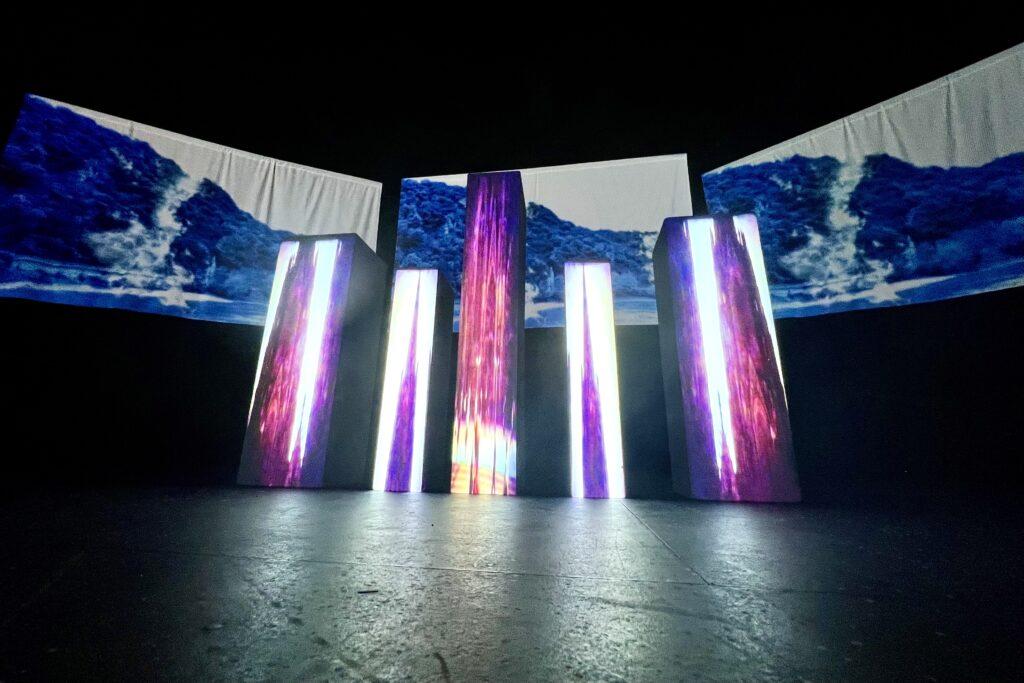 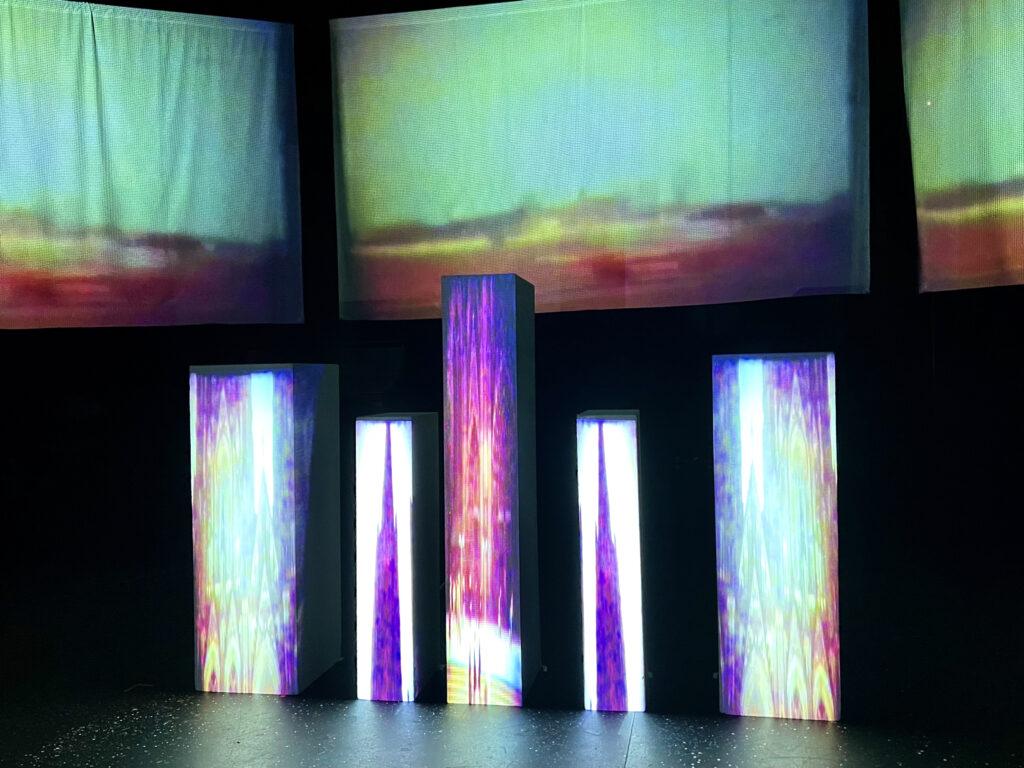