she wanted to change the world

In she wanted to change the world, the viewer is immersed in a sea of projections and light that reflect on the loss of a friend after her murder in Nepal. Dahlia Yehia was volunteering for the earthquake relief in August of 2015, when her couchsurfing.com host murdered her while she slept. He was an English and science teacher at a primary school in the city, and it is thought that her life was taken for a mere iPhone and $50 US dollars. He then cast aside her body in the Seti River, which still has yet to be found. He has since been sentenced to life in prison. The two-channel video highlights the dual sides of the cycle of life, much like the cyclical nature of bodies of water and the ways in which they flow. By creating a bridge between these two cycles, life and death, this has enabled me to feel closer to her and cope with her death cycle. There is a calming, yet cautious feeling to the video and composed audio, which gives an eerie yet peaceful sentiment. The deconstructed mattress and quilt made of Nepalese Rupees serves as a reminder of the senselessness of humanity and how greed can posses us and take control, leading to unfortunate actions. The iPhone shares a happy memory as the cloud of blue, the last shade she saw, surrounds the bed. The monitor displays water from Lake Michigan that we recorded, which ends and begins this cycle of life. The x-ray illuminator shows the remnants of the death cycle in contrast the life beside it. This piece is a reflection on her death and the life that came before and is continuing after. 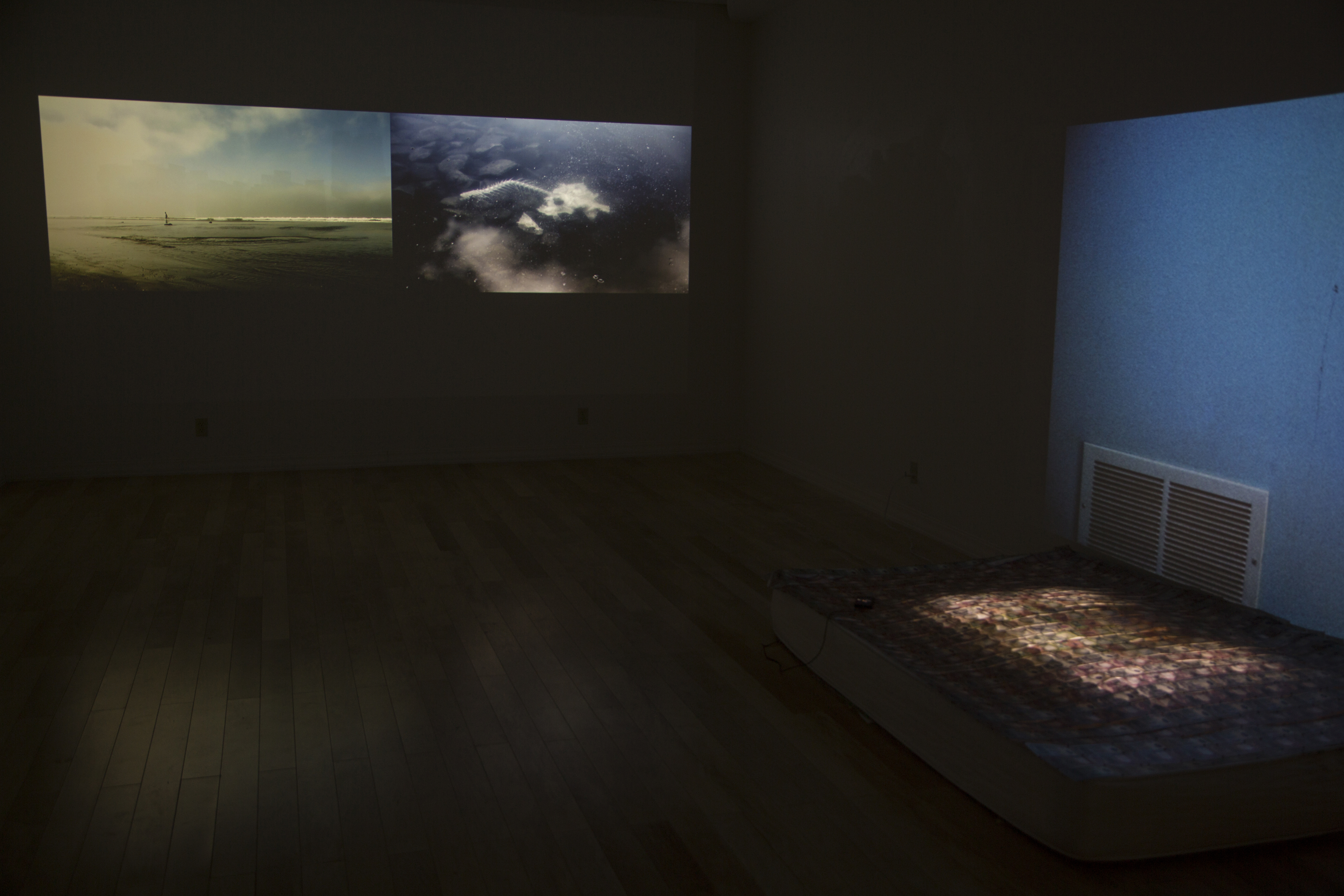 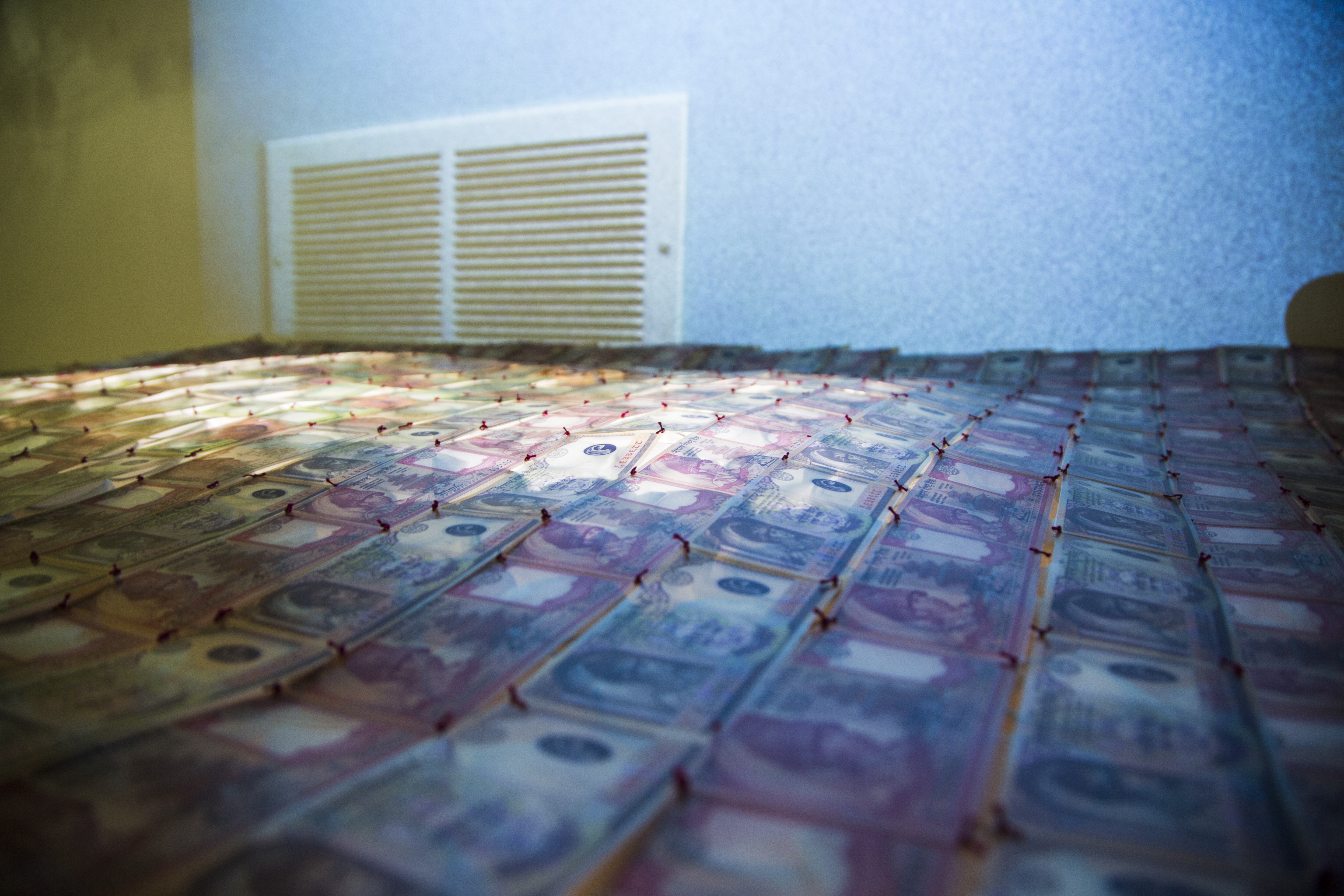 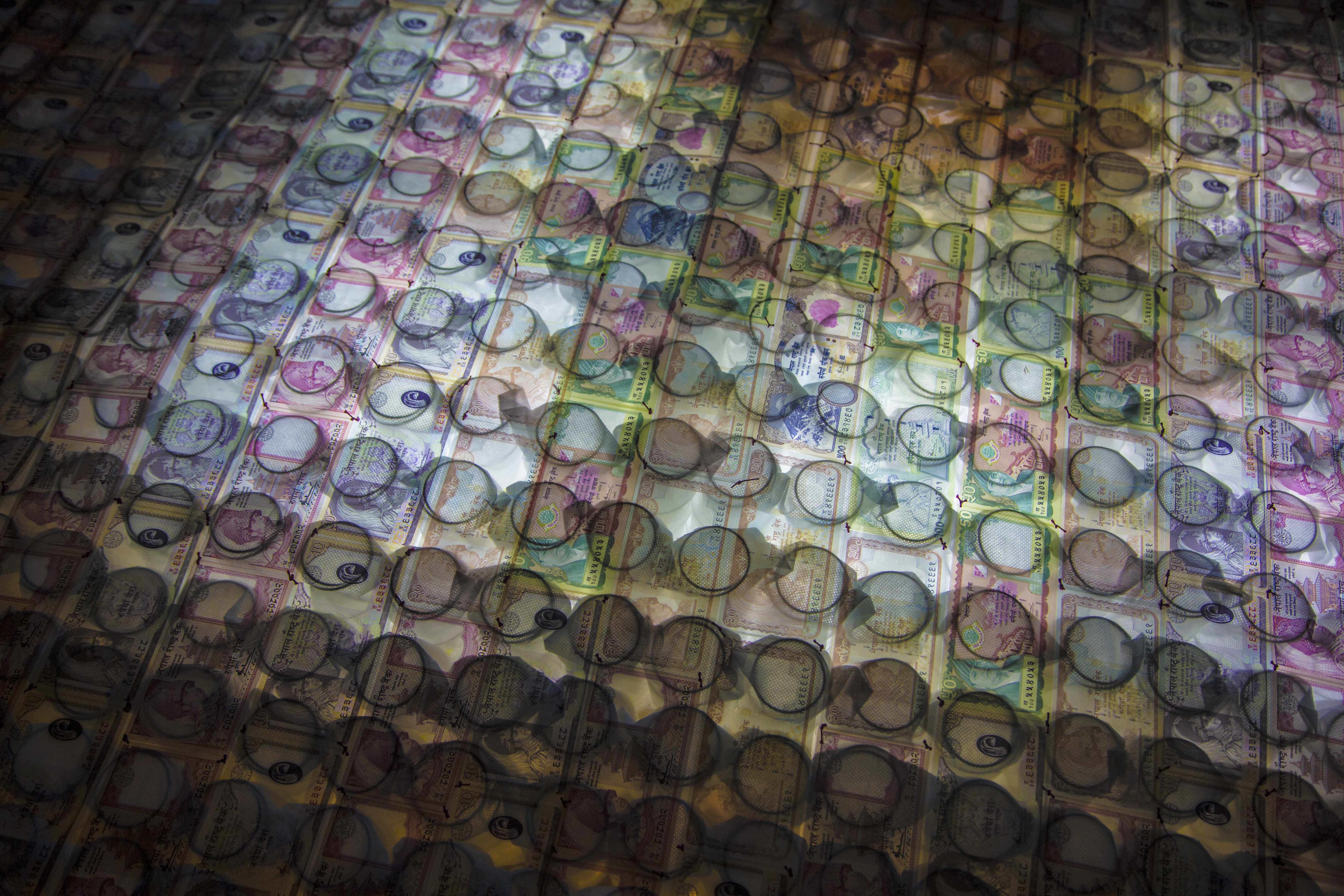 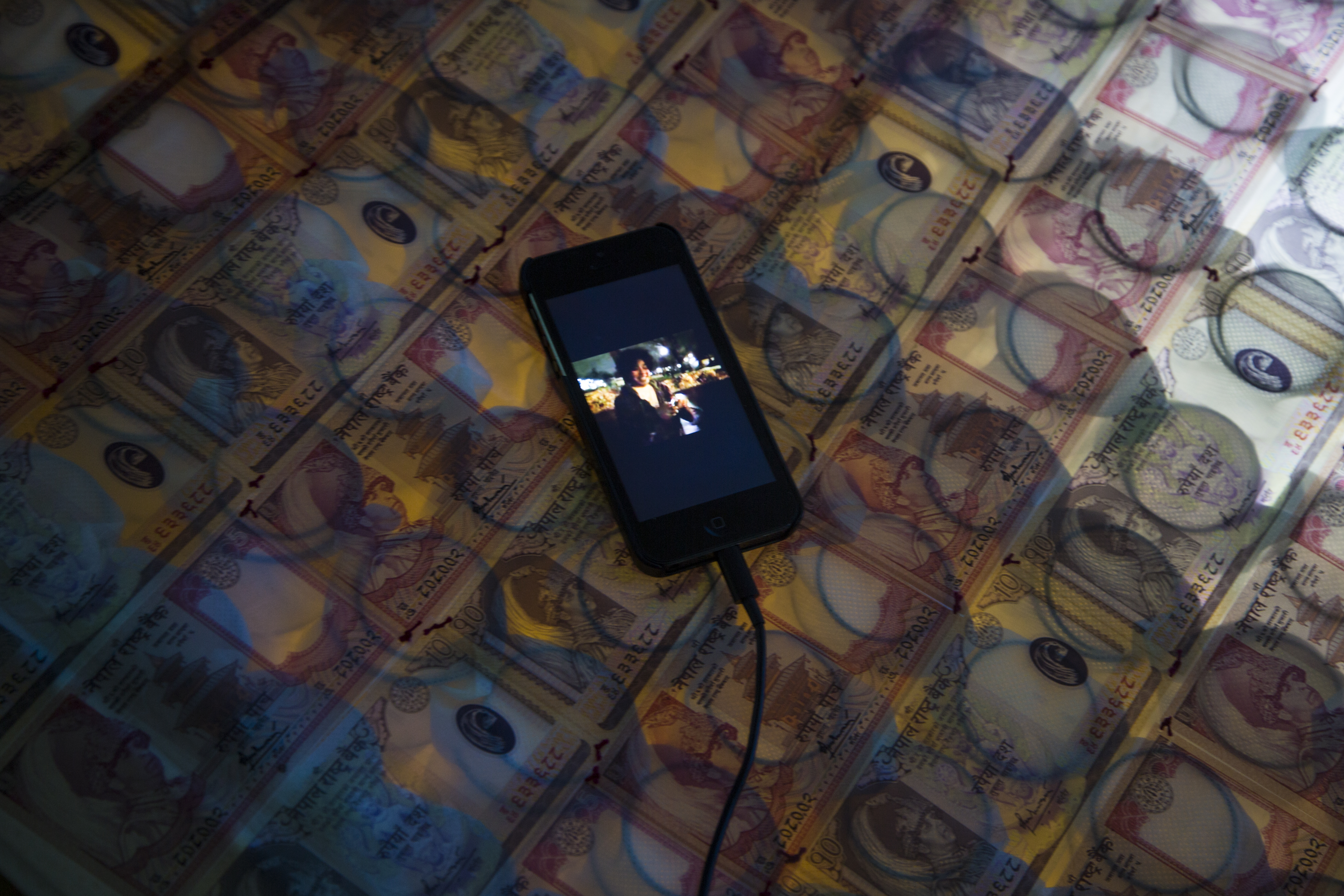 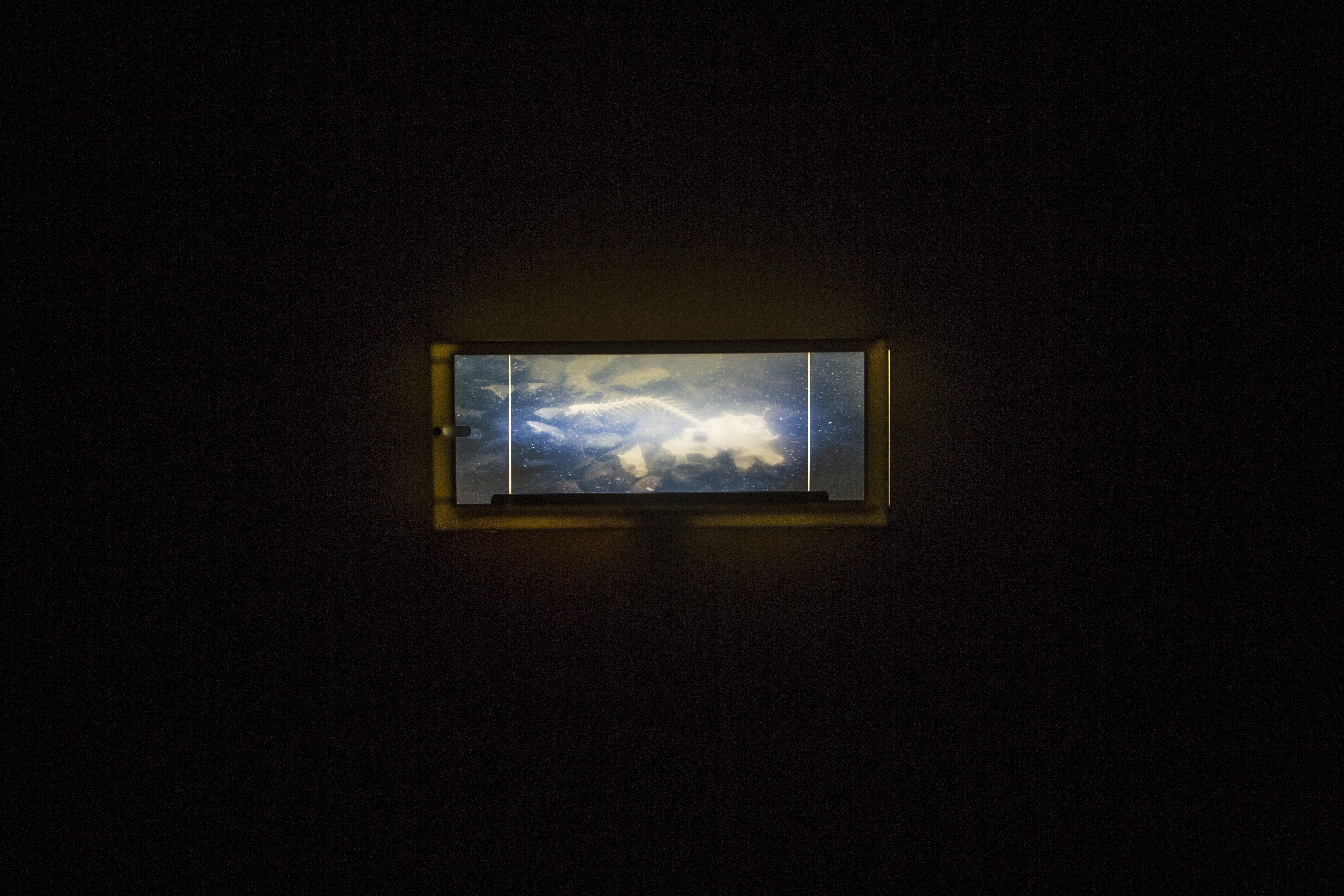